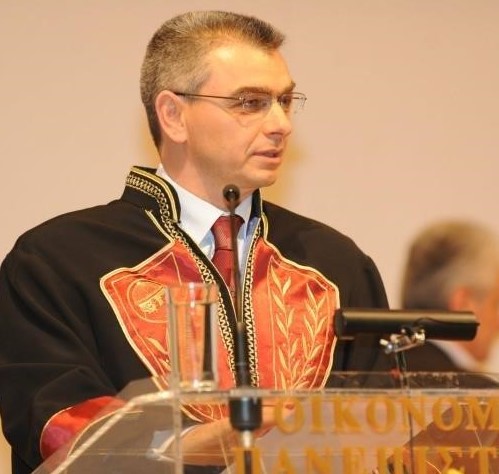 Manolis G. Kavussanos is Professor at the Athens University of Economics and Business (AUEB), Greece. He is the founder and Director of the MSc program in International Shipping, Finance and Management and of the Laboratory with the corresponding name at AUEB. He has been for 5 years Director of the MSc and PhD programs in Accounting and Finance at AUEB and for 10 years member of its steering committee and of the Athens MBA program for 5 years. He founded and Directed the Laboratory for Finance at AUEB for the period 2003 to 2017. He has been the coordinator of the BSc in Finance program at the Hellenic Open University and the MSc in Banking and Finance program at Open University of Cyprus. He launched and Directed the MSc in Trade, Logistics and Finance at Cass until he joined AUEB. He has been the elected vice-president of the Hellenic Association of Maritime Economists and a member of its Board of Directors, is or has been a member of editorial boards of major international scientific journals, and member of award committees for prestigious academic and professional prizes. He has been the recipient of several awards and scholarships, including teaching awards at Cass and at AUEB, the Hanjin prize for best research paper award; and the Propontis foundation post-doc academic scholarships.