The conference started with the Rector, Professor Emmanuel Giakoumakis, who presented Drandakis’ CV with an emphasis on Drandakis’ great contributions in economic science and the University.

The main body of the conference consisted of three sessions. In the first session there were three speakers: Professors Emeritus Panagiotis Korliras, a student of Drandakis at the University of Rochester talked about Drandakis’ lifelong research interests on the foundations of economics, as well his inspiring teaching and engaging personality. Professor Emeritus Theodoros Lianos, a longtime colleague of Drandakis, talked about the crucial role of Drandakis in shaping the character of the Department of Economics that was destined to become the premier department of economics in Greece for more than half a century. Professor Theodore Palivos, the Director of the PhD program in Economics and an undergraduate and graduate student of Drandakis at AUEB, described in detail the graduate studies program that Drandakis founded and directed. He explained that the program was patented after some of the best programs in the US and provided a long list of achievements, including the success of the program in placing several students in the top PhD programs, worldwide, on a regular basis.

The second session consisted of a panel that discussed various aspects of the talks in the first session.  Professor Emeritus George Bitros, talked about the drive for excellence that characterized Drandakis, revealing Drandakis’ quest to hire him, despite their ideological differences. The Director of the Graduate Programs of the Department of Economics, Professor Aikaterini Kyriazidou, expressed her disappointment for the turn of events brought about by the recent law regulating graduate studies. Professor Tryphon Kollintzas remarked that Drandakis was a paradigm for science and academia in a country that systematically ignores people like him. He also expressed his concerns whether the Department’s graduate studies programs can continue to drive for excellence. Finally, the Chair of the Department of Economics, Professor Helen Louri-Dendrinou, an undergraduate student of Drandakis at AUEB expressed her appreciation of Drandakis' teaching quality and, although she recognized current obstacles, she closed the session on a more optimistic note about the prospects of the Department’s graduate studies programs. The hiring of three excellent new colleagues in 2018 and the expected hiring of another two in 2019 supported her optimism.

In the third session, old students and colleagues of Drandakis shared their thoughts of and experiences with him. Professors Haris Dellas (University of Bern), Demetrius Yannelis (University of Piraeus), the Dean of the School of Economics AUEB, Associate Professor Anastasia Miaouli, Professor Georgios Zanias (Department of International & European Economic Studies, AUEB) provided anecdotal evidence of Drandakis’ influence over their careers. A letter sent by Harvard Professor Jerry R. Green, a student of Drandakis at Yale was also read to the audience.

The conference ended by Drandakis’ son, Miltiades, who greeted the organizers and the audience, on behalf of Mrs. Neli Drandakis and the family. 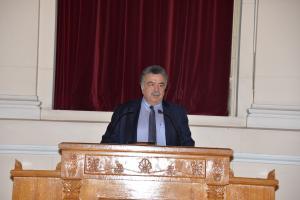 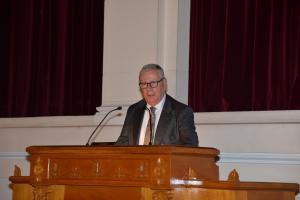 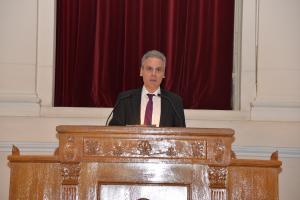 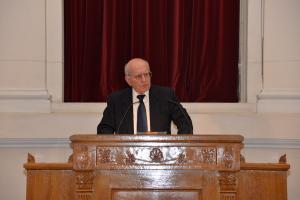 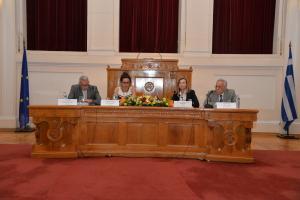 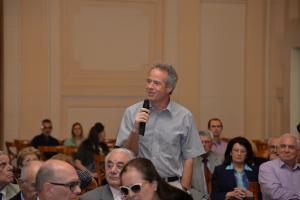 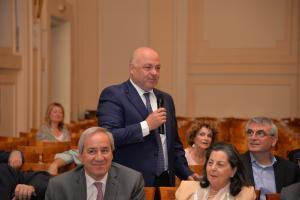 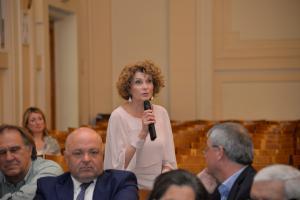 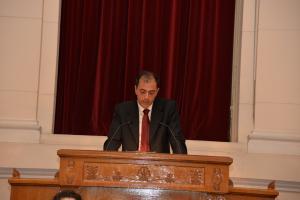 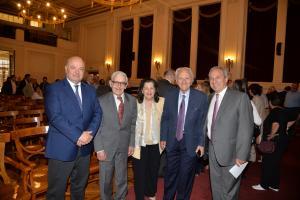 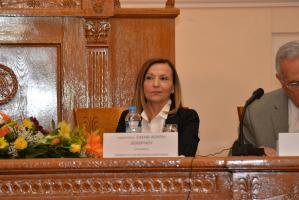 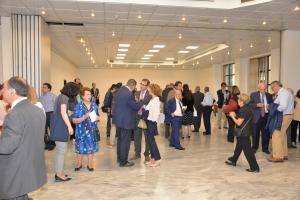 09-06-2022
Conferment of Doctorate ‘Honoris Causa’ on Professor Robert J. Barro
The Athens University of Economics and Business organized on Wednesday 8 June 2022 at 18:00, in the Amphitheater “Leonidas Zervas” of the National Research Foundation in Athens, the award ceremony of an Honorary Doctorate of the Department of Economics, of the School of
MORE

09-05-2022
Conferment of Doctorate ‘Honoris Causa’ on Professor Olivier Blanchard
The Athens University of Economics and Business organized on Thursday 5 May 2022 at 18:00, in the Amphitheater “Leonidas Zervas” of the National Research Foundation in Athens, the award ceremony of an Honorary Doctorate of the Department of Economics, of the School of Economics
MORE

02-05-2022
Press Release: Award of Doctorate ‘Honoris Causa’ and Address of Professor Olivier Blanchard on ‘Reform of EU Fiscal Rules’
The Athens University of Economics and Business organizes on Thursday 5 May 2022 at 18:00, in the Amphitheater “Leonidas Zervas” of the National Research Foundation in Athens, the award ceremony of an Honorary Doctorate of the Department of Economics, of the School of Economics
MORE

19-04-2022
Conferment of Doctorate ‘Honoris Causa’ on Professor Sir Richard Blundell
The Athens University of Economics and Business organized on Thursday, April 14, 2022 at 18:00 in the Amphitheater “Leonidas Zervas” of the National Research Foundation, a ceremony for the Conferment of Doctorate ‘Honoris Causa’ of the  Department of Economics on Sir RICHARD
MORE

17-01-2022
The International Conference EUropa.S. - EUropa Simulation | Athens, 15-18 April 2022
The International Conference EUropa.S. - EUropa Simulation is organized by the Institute of Research & Training on European Affairs (I.R.T.E.A.) and will take place from the 15th to the 18th of April 2022 in Athens. EUropa.S. is funded by Erasmus+ Programme on Youth of the
MORE

11-06-2021
Online Lecture by Professor Philip R. Lane | 22 June 2021, 17:00 (Athens Time)
The Rector of the Athens University of Economics and Business Professor Dimitrios Bourantonis and the Head of the Department of Economics Professor George Alogoskoufis have the pleasure to invite you to an online lecture by the Member of the Executive Board of the European
MORE