The award was given to the paper presenting some findings of the project: “Water for Tomorrow”, focusing on the sustainable water management of Thessaly Region, Central Greece. The project was in essence an integrated stakeholder participation process, and functioned as a process of deep understanding, and learning from all sides. Strong, transferable, and acceptable policy recommendations were co-designed, co-operation bridges were built, and a first step has been taken towards an ongoing process of consultation of efficient management of water resources that will lead to sustainable agriculture for Thessaly.

The project served as evidence itself, that different actors of the region, the state and the scientific community, from different backgrounds, reached the same overall understanding of the problems and, building on common visions, formulated a series of policy recommendations to solve them.

The paper summarizing the project can be found here

These recommendations do not aim to undermine or replace any of the individual proposals and initiatives of the various stakeholders involved. Its success lies in the fact that it put all ideas and initiatives in a broader context, according to sustainable management of human-environmental systems. Thus, all individual ideas, proposals and initiatives are highlighted, scientifically supported, and promoted as parallel and complementary actions. That was also the message of the particular publication that received the award, using an example umbrella-recommendation.

The “Water for Tomorrow” project was well-received by multiple actors, has their support, and leaves ‘open doors’ for further cooperation and creation of partnerships.

More info about the project can be found here 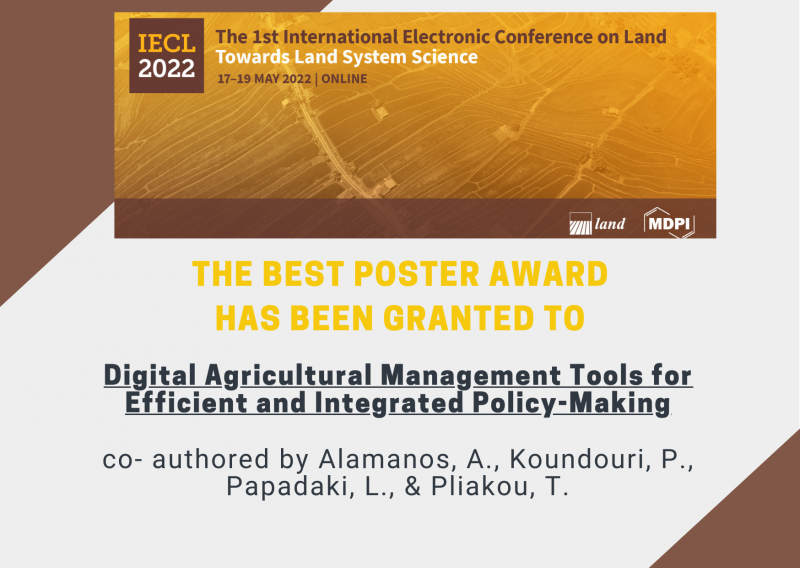