"Narration of an apprenticeship"

"Narration of an apprenticeship" 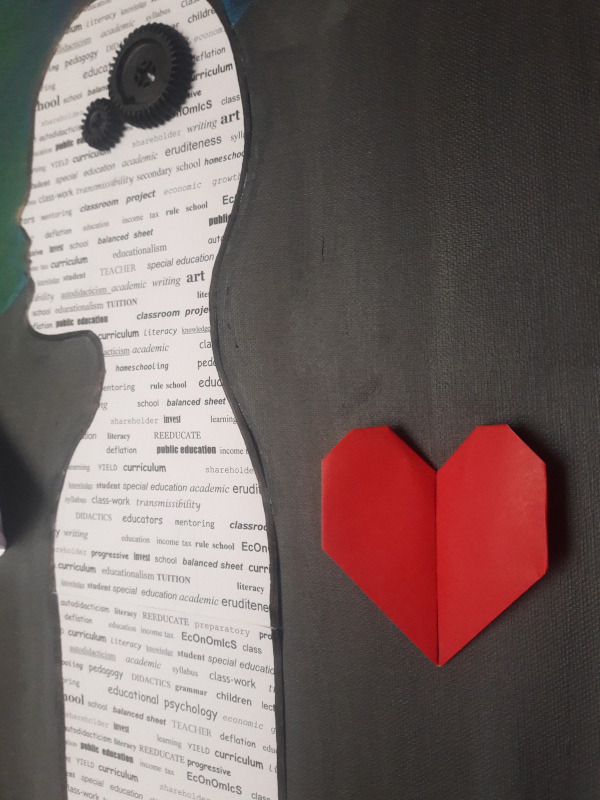 Our effort is to put ourselves in the student's shoes and present our artistic perspective on how the teacher looks through his or her own eyes.

We aim to highlight the multiple aspects of these two roles, as well as the interaction between them. 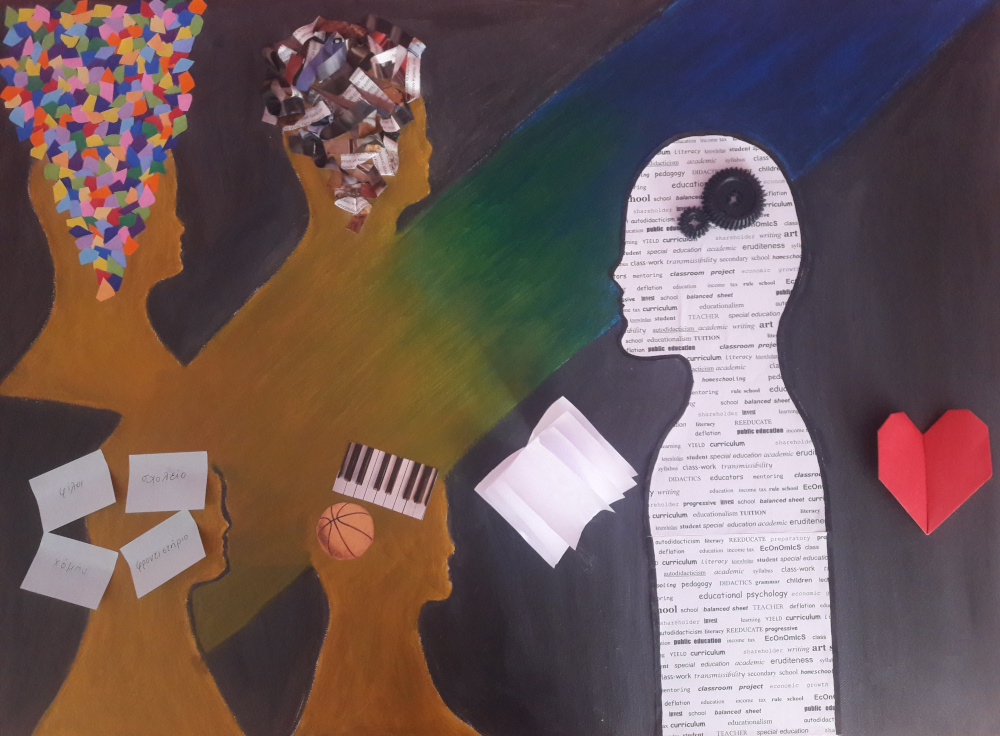 Our work depicts the teacher and the students, focusing on the different ways in which each student sees his teacher and teaching in general, either as an opportunity for evolution and creation or as something he is not interested in or cannot attend due to increased obligations

It consists of a collage with 3D elements, most made of paper, which were placed on a canvas, painted with acrylic paint.

We were inspired by the artists Yiannis Psychopedis , Alexis Akrithakis , Marcel Duchan and Arman .

The gaps in the text that are the form of the teacher and show that he is not omniscient, but makes mistakes and learns himself from the students. The gears and the book symbolize his way of thinking and the variety of knowledge and values ​​he can impart to his students, while his heart symbolizes his love for students and teaching.

The upper left student becomes open-minded and creative through teaching, while the upper right has a "tangle" in his mind, which symbolizes the stimuli and experiences he has already acquired and are "entangled" with what he gets from school or the teacher.

In the lower left student , post-it show that he has many obligations in mind, but also personal interests that he is trying to carry out, while the lower right student is not really interested in the lesson and his mind is on his extracurricular activities, which he sees as an escape from any problems in his environment.

The road symbolizes the guidance of students by the teacher and was created by a composition of colors that in the middle end up in green, which is the color of hope.